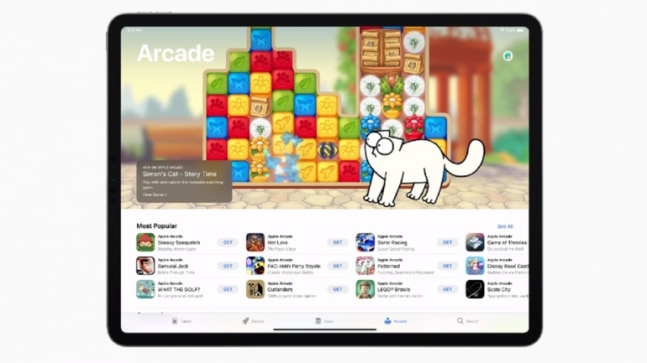 In an effort to expand its gaming offerings to its users around the globe, Apple has announced two entirely new game categories on Apple Arcade. In addition, the company will be adding more than 30 titles to its gaming subscription service.

Some of the titles under Timeless Classics include "Good Sudoku by Zach Gage," "Chess - Play & Learn," and "Backgammon." Those under App Store Greats include some of the award-winning games from the App Store to Apple Arcade like "Threes!," "Mini Metro," and "Fruit Ninja Classic."

The two new categories will now bring the service's catalogue to over 180 games for players across all age groups. The games will be available ad-free and fully unlocked, which means no additional in-app purchases.

Those interested can gain access to the games through a subscription to Apple One that is being offered at Rs 99 per month. Users can also avail a one-month free trial on the service.

As for the new additions to the Arcade Originals, Apple is calling it the biggest expansion of the service to date. The Cupertino tech giant has launched more than 30 games under its catalogue of Arcade Originals.

Some of these titles are exclusive to Arcade Originals, including "NBA 2K21 Arcade Edition," "Star Trek: Legends," and "The Oregon Trail." Other such games in the category include "Simon's Cat: Story Time," "Cut the Rope Remastered," and "SongPop Party."

Apple further promises to bring more titles to the service soon. These include "Legends of Kingdom Rush," "Frenzic Overtime," and "Leo's Fortune."

It clears that the availability of the games for the 180 titles across devices varies, depending on the hardware and software compatibility of the device. Some of the content might not be available in all regions.

Apple says that the Arcade Originals are playable across iPhone, iPad, Mac, and Apple TV. Timeless Classics and App Store Greats, on the other hand, are available on iPhone and iPad.